Pornography of Violence: Our World in 2020 and How to Deal with It

The author comes from Nice, lives in Vienna and works in Prague. In this personal essay, she deals with the recent terrorist attacks that shook Europe during the last few weeks.

Facebook Twitter Vytisknout
↗
The mayor of Vienna Michael Ludwig at the site of the terrorist attack a few hours after it happened. Foto FB Michael Ludwig

Several historian colleagues, myself included, have received death threats over the years. Usually these threats are folkloristic. Occasionally they sound genuine enough that the police dispatches bodyguards.

Could a historian be killed for their ideas? I have wondered about this while writing some of my texts, but deep down I have always known the answer: of course, they can. History has to do with memory, and memory has to do with identity. Identity has become a demand for dignity and it fuels a politics of resentment. History does nothing else but reflect the violence of the contemporary world.

Samuel Paty was a history teacher at a French high school in the Paris suburbs. At the beginning of October 2020, he endeavored to make sense of the world by discussing current events in their historical context. The current event the class debated about was the trial of the terrorists who attacked Charlie Hebdo, a French satirical magazine that specializes among other things in ridiculing religion (originally Catholicism, now rather Islam.)

In this attack, that took place in 2015, two French terrorists who identified with a branch of Al-Qaeda after growing up in a gravely dysfunctional family of Algerian descent, gunned down twelve members of the redaction committee. The weekly was in terminal decline and barely sold 15,000 copies per issue before the attack. It sold one million the week after.

What so incensed the murderers was that Charlie published caricatures of the prophet Muhammad naked. Samuel Paty was aware of the explosive nature of such a provocation, and he gave his Muslim students a chance to step out before showing the caricatures to the class for pedagogical purposes.

Despite these precautions, the father of a student started a harassing campaign against him that circulated on social media. The father filed a police complaint against the teacher for “promoting pornography” and demanded his resignation. Samuel Paty had to defend himself in front of the school director and must have been relieved when class was over on Friday afternoon, 16 October 2020, and the fall vacation began.

But the French son of Chechnyan refugees, who had arrived in France at the age of six in 2008 and had heard of the controversy on social media, had decided to “avenge the prophet.” He beheaded Samuel Paty outside the school and proclaimed his allegiance to ISIS before being shot dead by the police.

Ever since the attack, the French left has been soul-searching, and has understandably been under attack by conservatives and extreme right alike. Was it wrong to be anti-racist and to accept immigrants and refugees? Had it been blinded by an idealism too generous for this world?

This painful questioning was not helped when another terrorist attack happened barely two weeks later, on 29 October 2020. A young Tunisian crossed the Mediterranean Sea, passed himself off as a refugee, and arrived in Nice on the evening of 28 October, only to slash the throat of three people in the basilica of Notre-Dame the next morning.

Anyone who has experienced it can testify that there is something especially painful about a terror attack that happens in one’s country, and even more when it is in one’s hometown. Samuel Paty was teaching history, my profession, in my country. Nice is my hometown. One of the three victims died in my favorite café after staggering out of the church.

Beyond the horror, I am, as everyone, desperately searching for answers: where did things go wrong? Where does this terrorist violence come from? What would I have done in Samuel Paty’s place? I teach history, too. Would I show the caricatures to my Muslim high school students?

The answer is No, out of fear for myself now that I know what happened to poor Samuel Paty but not only. I would have thought twice about it because I have been more than a little disturbed by Charlie’s radicalism over the years.

Charlie Hebdo is a tremendously crass and vulgar publication. I could bear to buy it only once in my life, the issue after the 2015 attack, as a show of support. It thinks itself funny; I find it mostly mean and stupid.

From the moment when he invited part of the class to step out, Samuel Paty was placed, and placed himself, in the tragic trap of implementing a policy of separation. He could have discussed the issue without showing caricatures. But the fact that they exist puts pressure on democrats to defend them, including by showing them.

Does this mean that I would support gunning down Charlie’s redaction committee or even blame it for the attacks? Of course not. Charlie was in its role, which is acceptable as long as it is permanently challenged. Bad taste is not a crime.

I very much liked at least two of its journalists who were murdered in 2015; one was a gentle artist who used to draw sketches on a TV children show that my generation grew up with, Cabu; the other a brilliant left-wing economist who brought a refreshing criticism of capitalism in a weekly chronicle on French public radio, Bernard Maris.

But Charlie is not a niche publication anymore and with great power should come great caution. I do resent to be caught hostage by its antics. Purity is sickening. This is what should be challenged. Freedom of expression is intangible, but reality also is. If I were a Charlie journalist, I would be disturbed to have on my conscience the people who died to defend me.

At the latest after 2015 I would know that my caricatures can get other people killed. Personally, I would hesitate to shoulder this burden no matter how self-righteous I might feel about freedom of expression and the backwardness of religion.

One can criticize Islam and put oneself in danger without taking hostage everyone else. This is what Salman Rushdie did. But to place an entire country, Western culture as a whole, under the threat of any lunatic’s knife in the name of a principle is a great responsibility.

Charlie is not guilty for the behavior of the terrorists, but it, too, is inflicting a form of violence on all French people by forcing us, as democrats, to defend this principle at our own risk. The complete refusal of any compromise, the utter certainty to be the beholder of an indisputable truth, also means that those who don’t “understand” it are considered retrograde masses worthy of contempt. This attitude has not served the left well recently, be it with the coronavirus crisis or the American presidential election.

It is all the more disturbing that to be the self-appointed sole beholder of truth is in fact never efficient. My experience as a historian of dictatorial regimes tells me that the greatest threat to French and other Western democracies is not to lose freedom of expression but to become anesthesized by terror.

It is so easy to surrender to a division of the world between the good guys and the bad guys, it is easy to deprive the bad guys of any humanity while glorifying the good guys, and it is even easier to be blinded by the victims’ legitimate pain. Terrorism aims at changing our way of life and our mode of thinking. The greatest challenge for us is to prevent it from opening the gate to populism.

I soon found out that it takes a great deal of philosophy to apply these good resolutions in practice. On 2 November 2020, less than a week after Nice, it is this time an Austrian terrorist of Albanian Macedonian descent who shot at random on the streets of Vienna and killed four people.

I saw some of the graphic videos shared by ordinary people. The petrifying war scenes that occurred took place at the exact spot where I was standing just two days before. How would I have reacted?

I can imagine the panic and helplessness. I would have experienced the horror of seeing people shot at random and collapsing as if in a video game — or been one of them. The surreal feeling. The irreparable. History becoming a black and white film. The pornography of violence. I was suffocating.

But I was not on Schwedenplatz that night. I calmed down as I watched the live coverage on Austrian TV. ORF, the Austrian public broadcaster, provided the most balanced, reasoned, decent, sober broadcast of such a crisis situation that I have ever seen.

Not once on that first evening did I hear a hint of the nationality or religion of the attacker or attackers. Other countries had no such qualms. At 23:59 ORF’s Paris correspondent reported that the French were drawing comparisons between their recent terrorist attacks and this one and blaming radical Islam. “Well, it’s too early to say”, shrugged the Viennese anchor, and he moved on.

This restraint was admirable and the greatest sign of civilization that a country could give while the police sirens were still strident in the nighttime air all over town. It is not until the identity of the attacker was confirmed the next day that the attack was indeed blamed on a terrorist who had sworn allegiance to Daesh.

It is impossible to say what will happen in the near future, but I was proud of Vienna that day. It welcomed over 100,000 refugees in 2015, yet the extreme right collapsed at the October 2020 municipal elections.

The morning after the attack I walked along the Danube canal in the center of town. It was grey and deserted, quite sinister really, but when I did come across someone, they would smile and say hello, as if we were meeting in the countryside rather than in the middle of a capital. Everyone was evidently craving for humanity. I realized I was smiling, too, despite feeling crushed.

I can imagine that many Central Europeans, who have never known the multiculturality of the West, with all its problems but also the richness it brought, will have come to the conclusion in view of these tragic events that cosmopolitism is forever discredited and tight borders are the best guarantee of security.

But making no difference between Muslims and Islamist extremists is exactly what the latter want. What better justification for jihad could there be than two well-defined camps of “us” against “them”?

Recently, I have had a musical crush on a young Kazakh singer, Dimash Kudaibergen. I watched on YouTube his first concert in the U.S. at a fully packed Barclays Center in New York. He sang in front of 20,000 adoring fans who phonetically learn by heart all his songs in Kazakh, Russian, and Mandarin.

I had to marvel that less than twenty years after 9/11 a singer whose unabridged first name is Dinmuhammad (“glory to the prophet”) could salute the crowd on the (Kazakh) words: “As-salamu alaykum New York!” and receive an ovation.

It is not cosmopolitanism that makes the world crazy and violent, it is inequality. Humanism is a weapon, not a hindrance. Let’s fight.

The Czech version of the article can be found here.

Muriel Blaive
Svět → Esej
12. listopadu 2020 ve 12.34
Související
Muriel Blaive Sanctimony as a Distortion of the Past and a Poison of the Future 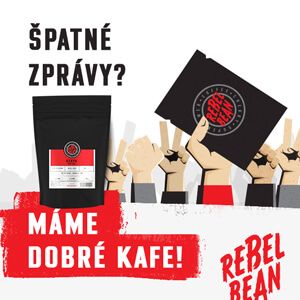